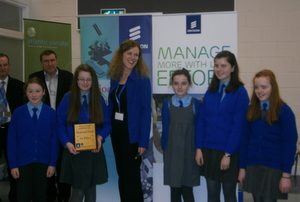 Congratualation to Fifth and Sixth Class pupils who were awarded 1st place in the Midlands School Science Competition Regional Final on Tuesday, 28th February last in Sligo IT. They now qualify for the National Final which will be held on March 15th in Athlone IT.

Their project was entitled The Ecologist, and explored the diverse wildlife and fauna of the Cowpark, adjacent to Dun na Si, Moate. The children gained an understanding of the relationship between living things and their environment. They also measured the abiotic factors of their habitat study, took and analysed soil samples and observed the birds and wildlife common to the area. Through their work, the children became aware of the need and importance of conservation. The children proposed their views for the future of this wetland area and examined the plans and hopes for the Midland Amenity Park which is currently being developed into a designated wildlife sanctuary.

It was an enjoyable experience for all involved.

Jennifer, Ella, Chloe and Siofra who were runners up in the U-13 section of the Credit Union Quiz. 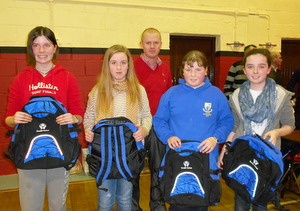 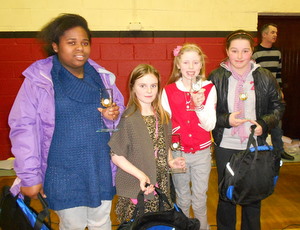 Prayer service
On Wednesday, February 1st, a special Prayer Service in the School Hall was attended by the whole school community and over 70 grandparents of children in our school. The Prayer Service was part of our Catholic Schools Week celebrations and was also an event to celebrate Grandparents’ Day. As it happened, it was St. Brigid’s Day as well and so our service incorporated all three important themes.
Fr Farrell led the Prayers and spoke about the importance of grandparents in their grandchildren’s lives and vice versa. Mrs Quinn spoke about the joys of being a grandparent and the 70 plus grandparents present all seemed to agree with her.
Grandparents who could not be with us on the day, or who have passed away, were also remembered in the prayers and in the many photos which were on display.
After the service, members of the Parent Association served light refreshments for the grandparents. 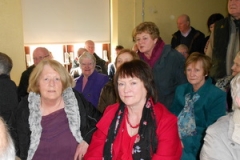 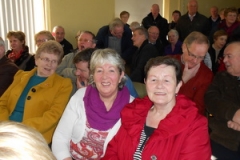 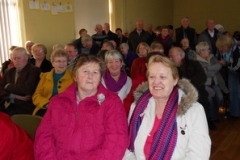 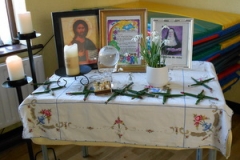 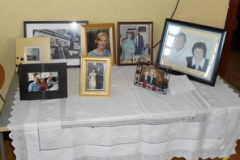 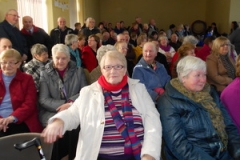 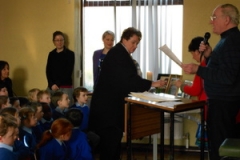 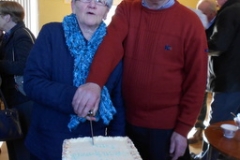 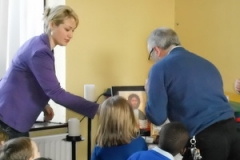 This is a Catholic School under the patronage of the Bishop of Ardagh and Clonmacnois and is committed to giving each child the opportunity to reach his / her full potential. Our school is characterised by an atmosphere of respect and concern for one another, our school, our community and the environment

We use cookies to ensure that we give you the best experience on our website. If you continue to use this site we will assume that you are happy with it.Ok