The Army Band performed in the school hall on December 17th last and the rousing rendition of many popular pieces was enjoyed by all. Some of the children even got a chance to join the Band.

Many thanks to the Parents’ Association who provided refreshments for the Band members afterwards.

Well done to all the Junior Classes who staged Nativity Plays for the School and their families in the weeks
leading up to Christmas. They were all wonderful productions and were thoroughly enjoyed by everyone.

On the last day before the Halloween holidays, we dressed up and walked around the town. When we got back we got goodie bags and colouring competitions. Teacher played Halloween songs while we coloured our colouring competition. After about one month, we got the results. I had won the competition for the class to go to Supermacs to make pizzas. The whole class was so excited.
We had to wait for about a week before going because we were so busy practising for the carol service. When the time came, we went. When we arrived we went upstairs and sat on chairs we were placed into groups Nadia, Ella, Ivy and Faith were all on my team I was so happy. We wrote our names on labels and stuck them to a box we put on aprons and washed our hands, we made the shape of the pizza, put tomato sauce and cheese on it I put sweet corn ham and chicken on my Pizza. It was Yummy. As we left Supermacs we got a goodie bag it had a Christmas Mug, 3 sweets, 3 vouchers and a hat in the Westmeath colours in it. It was one of my favourite days ever 10th December 2014
by Ellen O’Connor 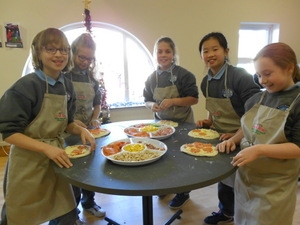 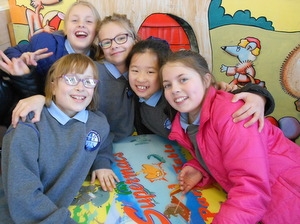 The school Carol service took place in St Patricks Church on the 9th of December. Most of the school participated in the service. It was all possible with the help and generosity of the Teachers. The children worked their best in rehearsals to master the songs and actions.

We would also like to thank everyone who participated, The Violinists were great. We hope they continue to play after Christmas. A big thank you to their teacher, Natalia. We hope the parents, friends and family enjoyed the experience.

By Alice Ryan and Danielle Moran

One day the Order of Malta came to our school. They went class by class. Starting at second class but because they we’re running out of time they decided to take third up to sixth class down to the hall and taught us C.P.R. which stands for Cardio Pulmonary Resuscitation. Everyone got a chance to do compressions on the dummies. The dummies were called John and Bill. At break we asked the juniors how they got on. They said it was great day with the nee –naw as they called the sirens and they got to put on the helmets. So we had a great day. We all would like to sincerely thank Philip, Ger, Leanne, and Edel for coming. 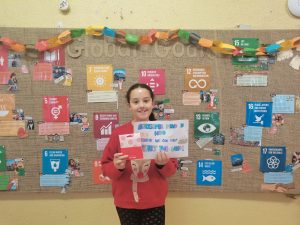 Over the last month all classes have been busy learning about the Global Goals. There were competitions in each class. Some classes designed posters, others 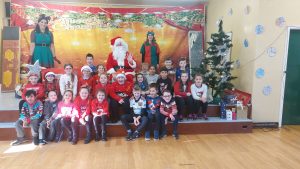 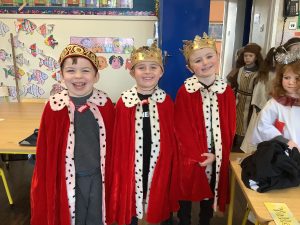 It’s beginning to feel a lot like Christmas! All the classes were very busy the last few weeks preparing for the Christmas plays. They all

On December 6th last, 25 pupils from 3rd – 6th class travelled to the world class athletics facilities at the Technological University of the Shannon

During Advent we will be learning all about the 17 Global Goals for sustainable development. We hope that learning about these goals will help motivate 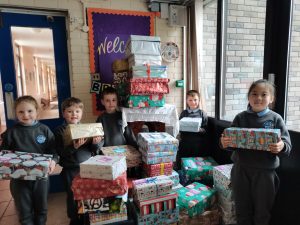 Team Hope’s Christmas Shoebox Appeal is an annual campaign that delivers gifts straight into the hands of children affected by poverty. Well done to all

Read More »
We use cookies to ensure that we give you the best experience on our website. If you continue to use this site we will assume that you are happy with it.Ok